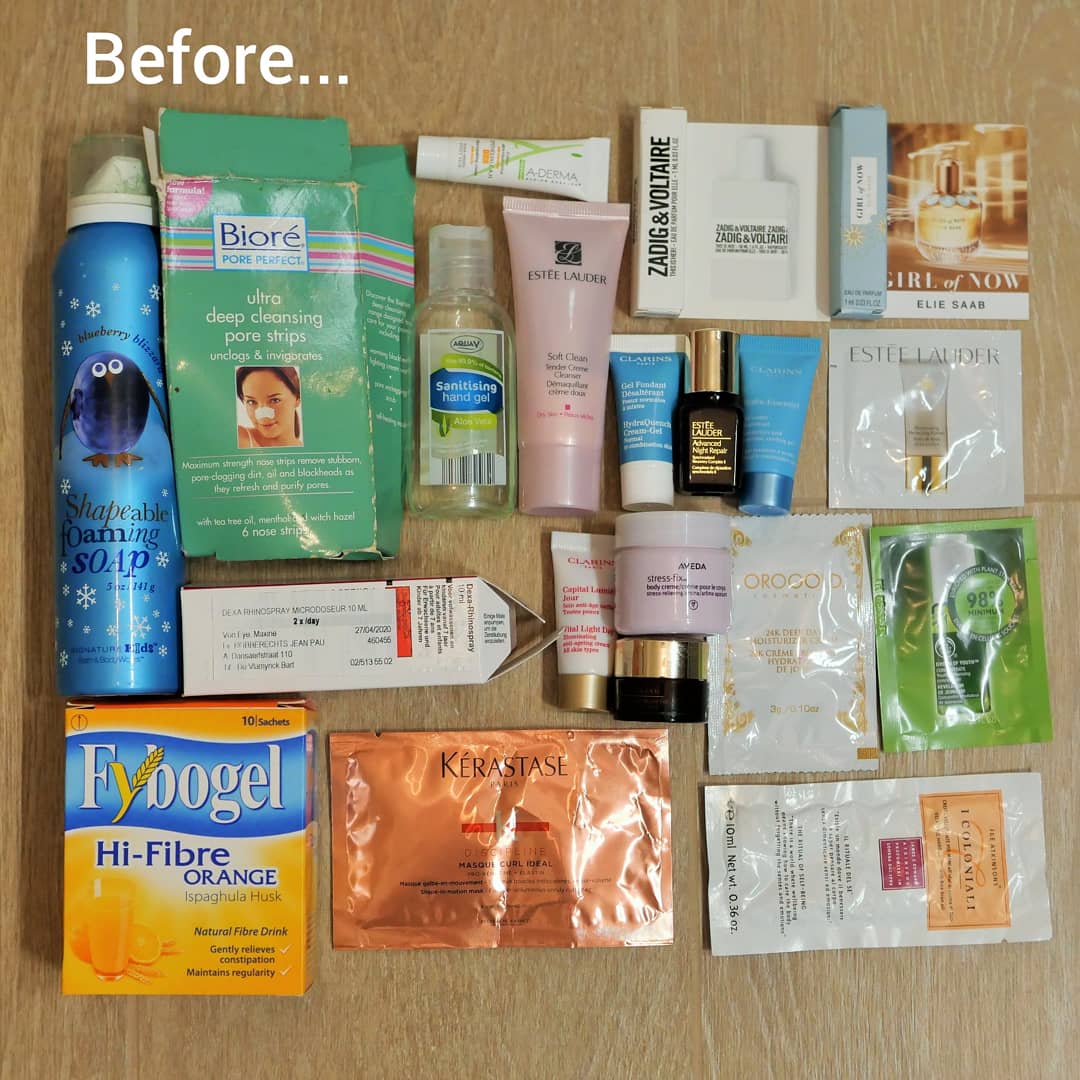 Six months ago, back in June, Joe and I tried the Less Stuff Less Waste decluttering calendar. This four-week challenge allows you to tackle your clutter in bite-sized steps. You are given one task each day (and you get the weekends off to catch up, plan ahead, or take a break), so it doesn’t feel overwhelming. We really enjoyed it! And most of what we’ve done has really stuck.

One of the highlights for me was decluttering my emails. It was something I had been wanting to do for a long time, but never quite got around to, so this calendar was just the right prompt to get me to finally do it! I got my inbox down from almost 950 with about 400 unread, to just over 400 with only about 200 unread. I filed a lot away, but also deleted a lot, and unsubscribed from seven email lists to help prevent it from building up again! My inbox has crept back up in size again, as has the pile of papers on my desk, so I think it’s a good time to tackle those again. Maybe it’s something I need to schedule in every six months or so… 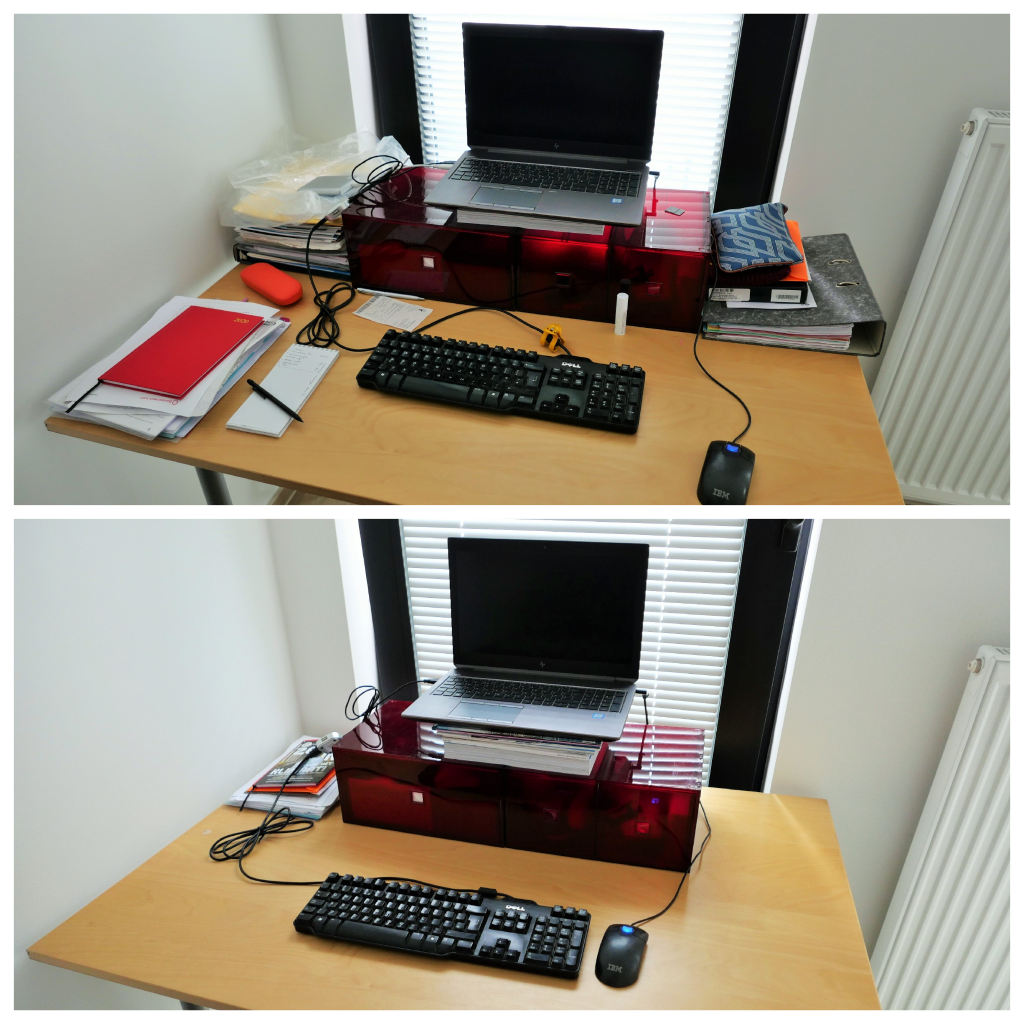 A tidy desk and fewer emails

When we took on this challenge, we actually made a little plan at the beginning, before starting, because there are some things that could have counted for more than one of the prompts. And there were a couple we had to get creative for. For example, we had recently gotten rid of a bag of old toothbrushes that ‘we might need for cleaning;’ but then I found a toothbrush under the floating paving slabs on our terrace, so I got that out and threw it away instead.

We also got a little creative for the toiletry decluttering. At the beginning, we got out a bunch of almost-finished items, samples, and expired products. We don’t like to throw away usable products, so we set ourselves the goal of using them up before the designated decluttering day in week 4. And it worked pretty well! 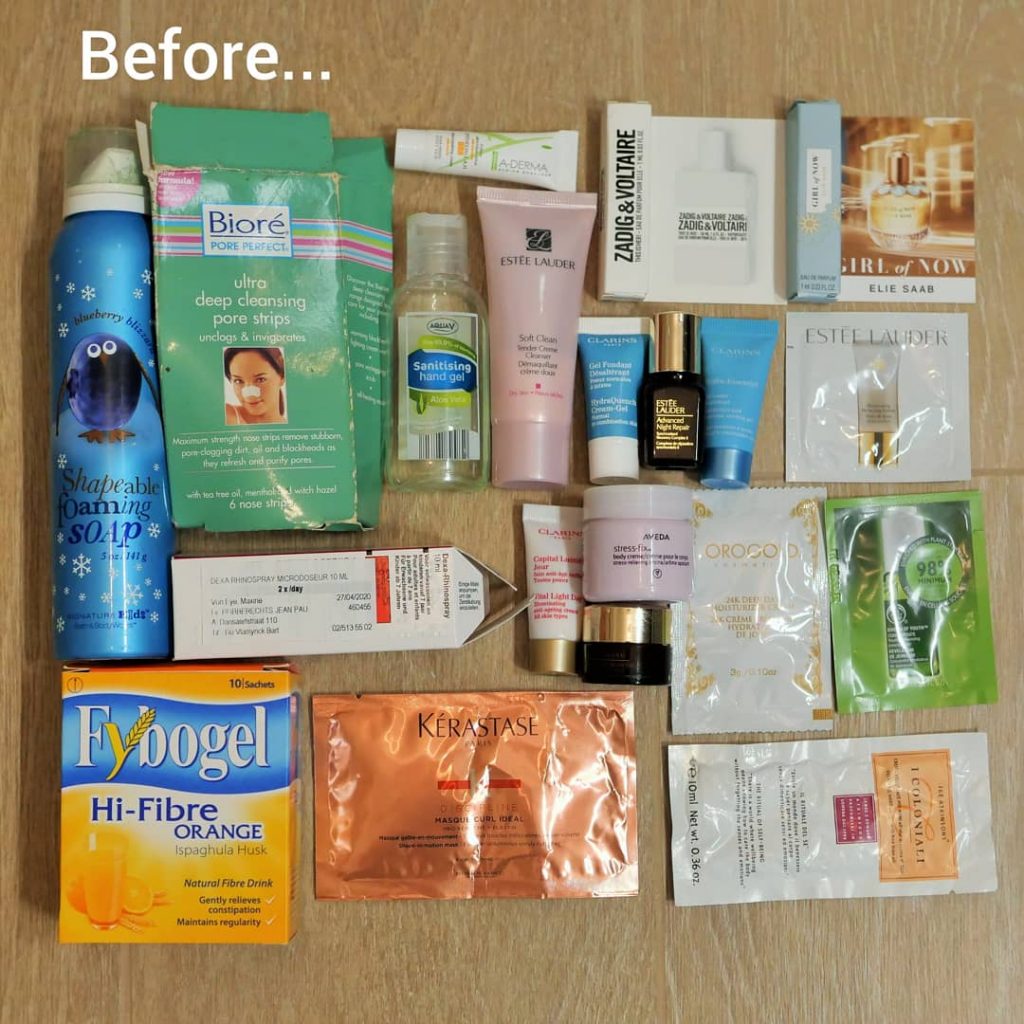 All those samples before we used them up!

It’s actually fun to look back at the photos. Of the items that were left at the end: I’m still using the hand sanitizer; I’ve actually refilled the little bottle and carry it around with me in by bag for covid-sanitizing. The medication in the box is going back to the pharmacy to be recycled. And I took the blue can of soap with me to visit my niece and nephews in the summer, and we had a blast together using that up! Plus, I’ve continued to do mini-versions of this ever since. I’m currently trying to use up some bath salts I bought myself some years ago, and for some reason haven’t used until now. So the toiletries prompt was a good one to get me going on a wider clear out/using up of bathroom stocks. 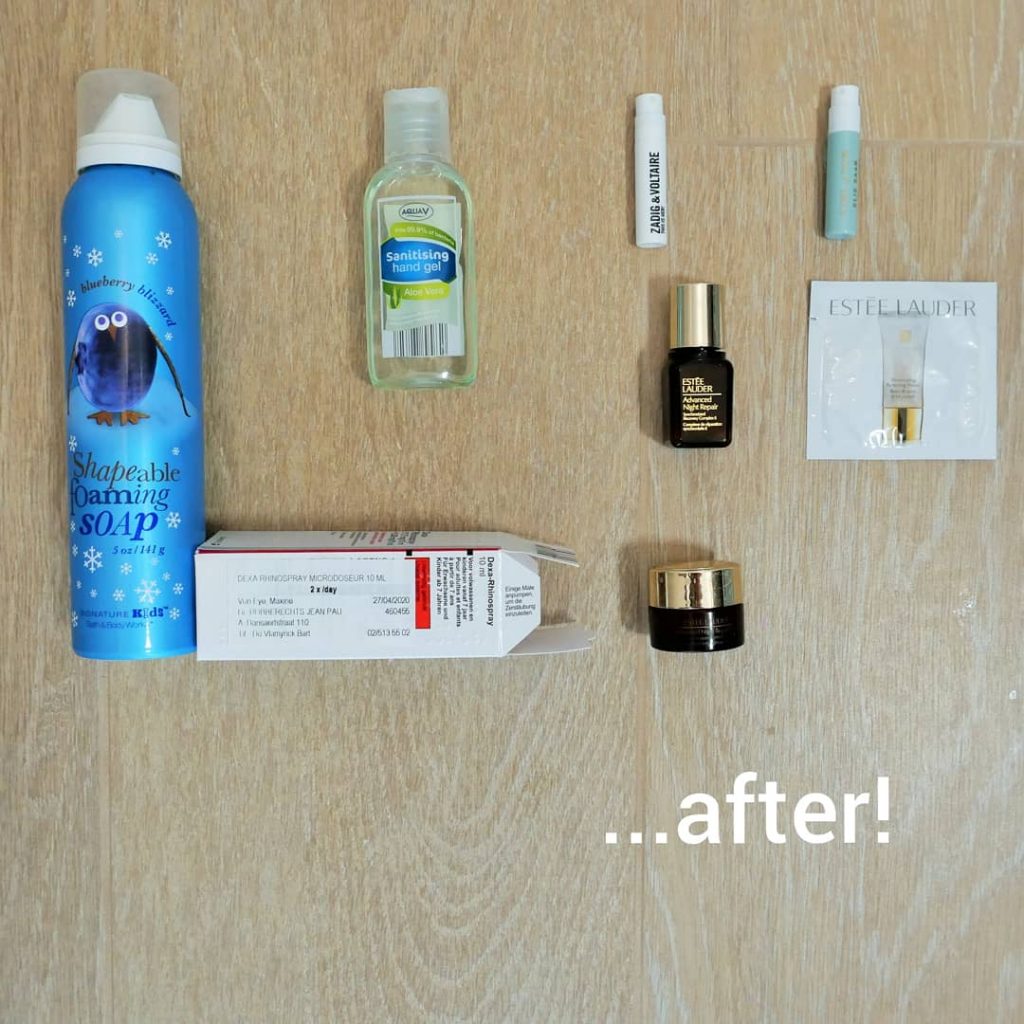 Look at the difference!

I think the hardest part of the whole challenge was what to do with the stuff we were decluttering. Textiles were easy to take to the bring bank for reuse/recycling.  But I admit I only got rid of the expired medicines recently, because I had never taken any to the pharmacy before. It turns out it’s really easy – they are prepared for people to bring their old meds to them, since it’s part of their responsibility, so they took them with a friendly smile. 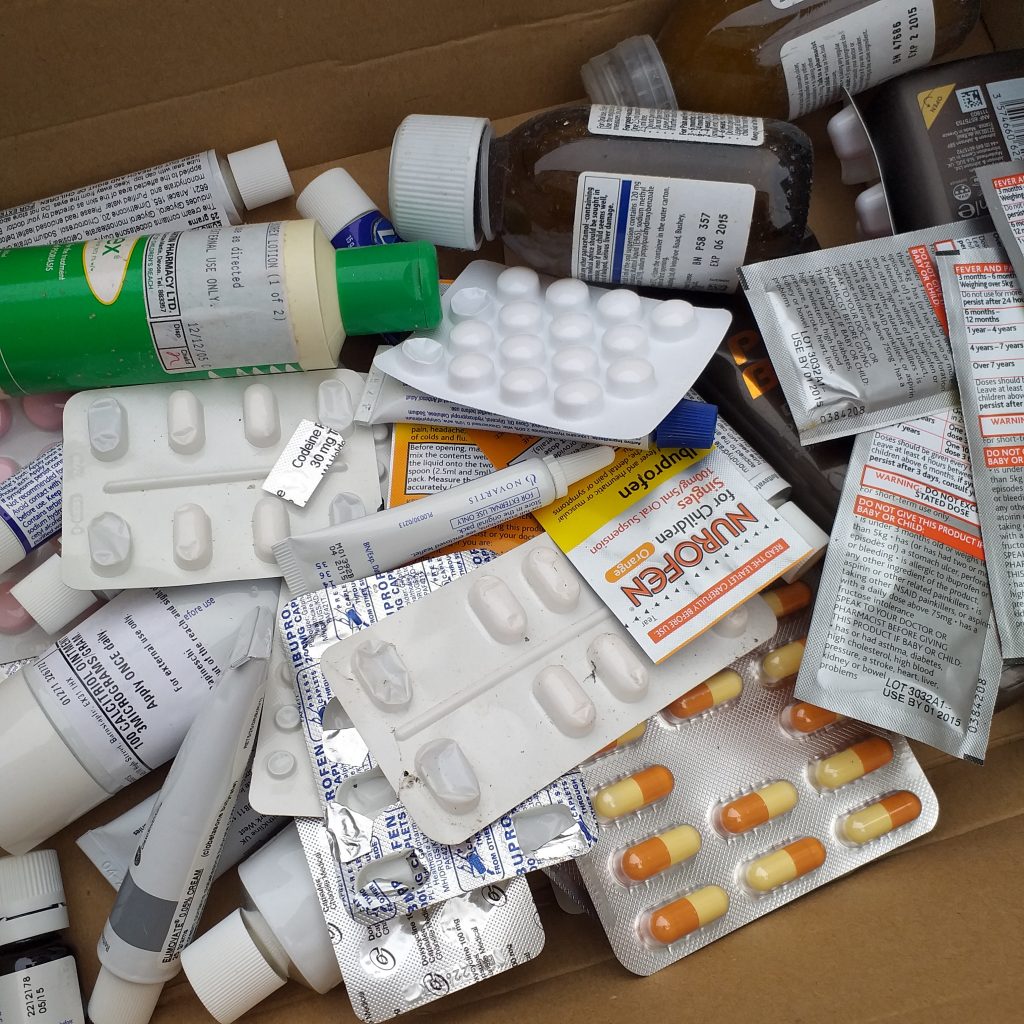 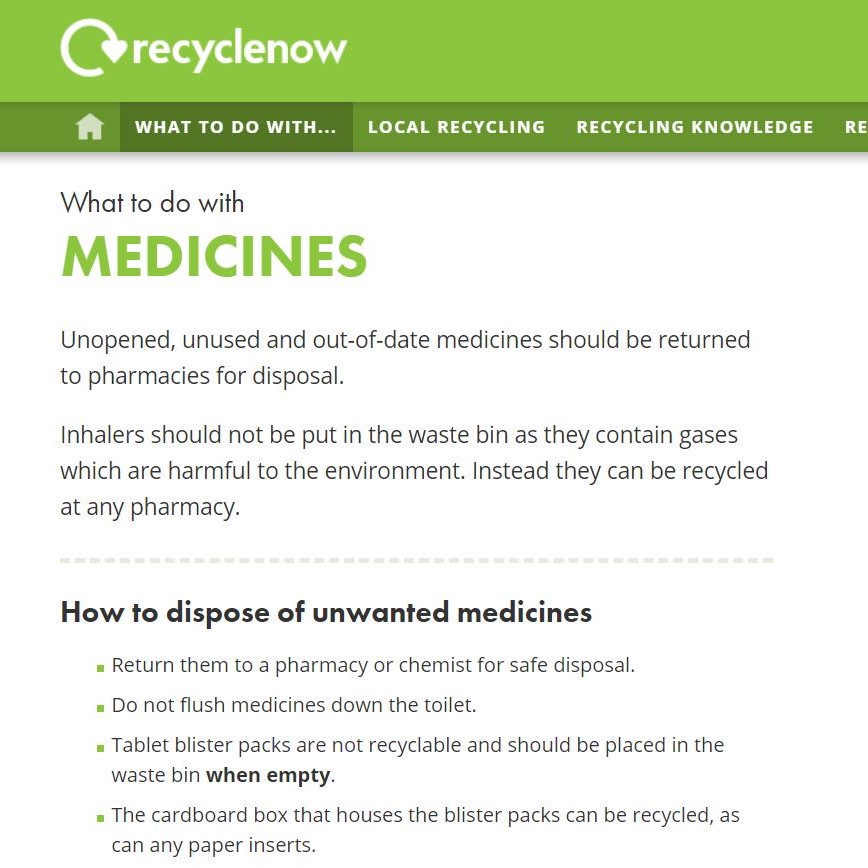 And we got rid of the bric-a-brac through a combination of freecycle/gumtree/reuse groups, and took the rest to a charity shop. So, getting rid of the clutter takes time too, which I always something I think about when I acquire new stuff. Best not to acquire too much new stuff – but that’s the minimalist in me talking, which I know doesn’t apply to everyone ????