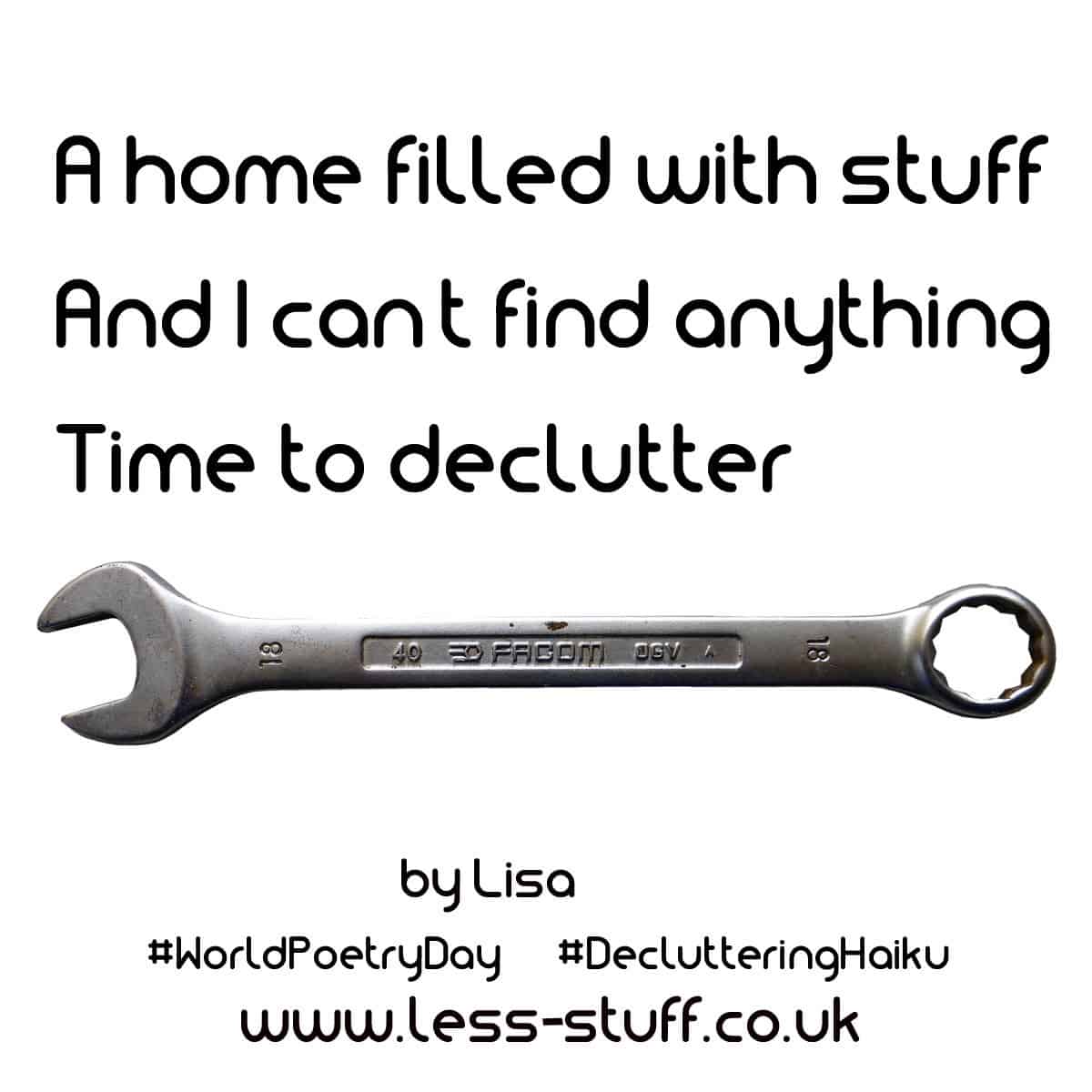 World Poetry Day is on the 21st March and last year, in the less-stuff Facebook group we had a play around with decluttering Haiku.

Haiku is supposed to be 5 syllables, then 7, then 5. One of these has a syllable missing but it is so beautiful I’m calling that a syllable decluttered.

So nice in the shop
In reality useless
Declutter it now 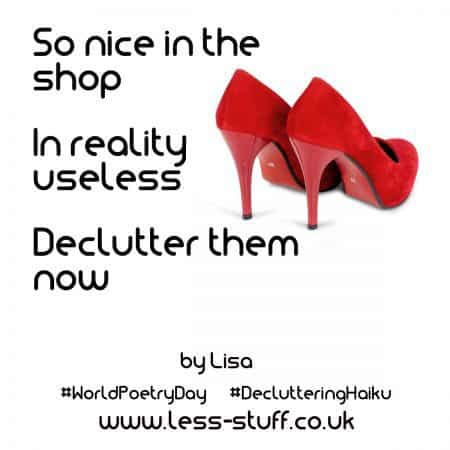 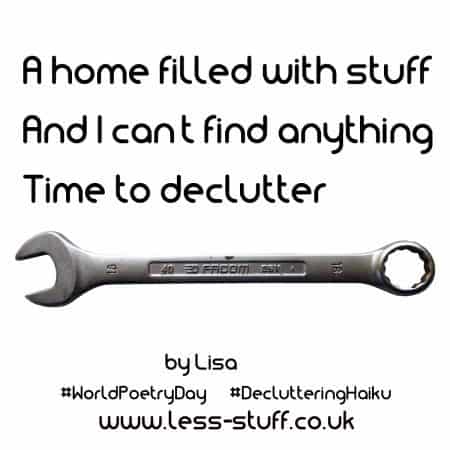 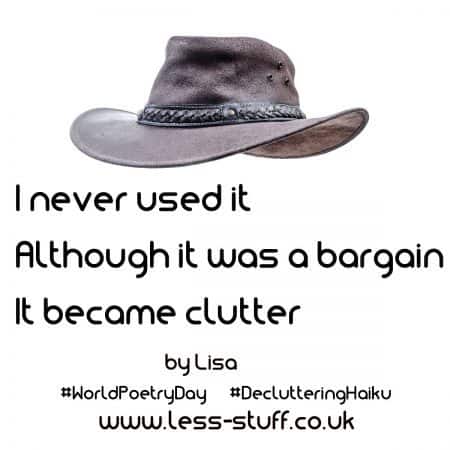 Thea came up with

I bought 3 for 2
But I only needed one
Consumerism

Clutter, all I see
But the Less Stuff group helps me
So I do not flee! 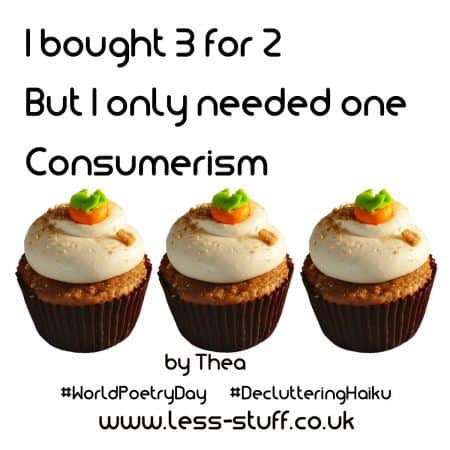 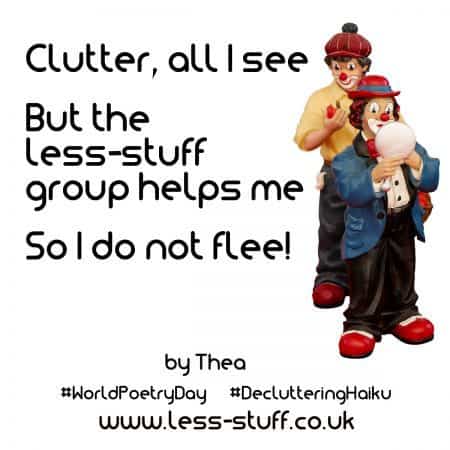 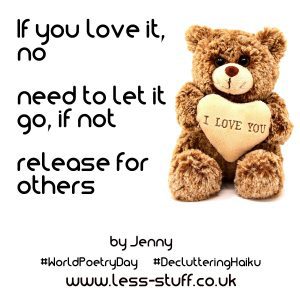 If you love it, no
need to let it go, if not
release for others 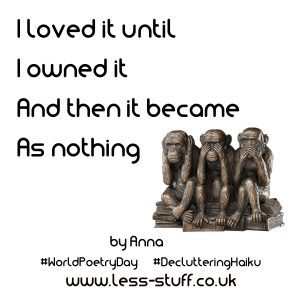 Yoko thought out of the box

and wrote a song that can be sung to the tune of Frozen’s Let it Go…
“Let it go, Let it go, More clutter has been gone! I don’t care what they are going to say, I like sorting stuff…. Less Stuff doesn’t bother me anyway!” 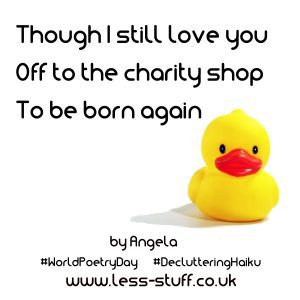