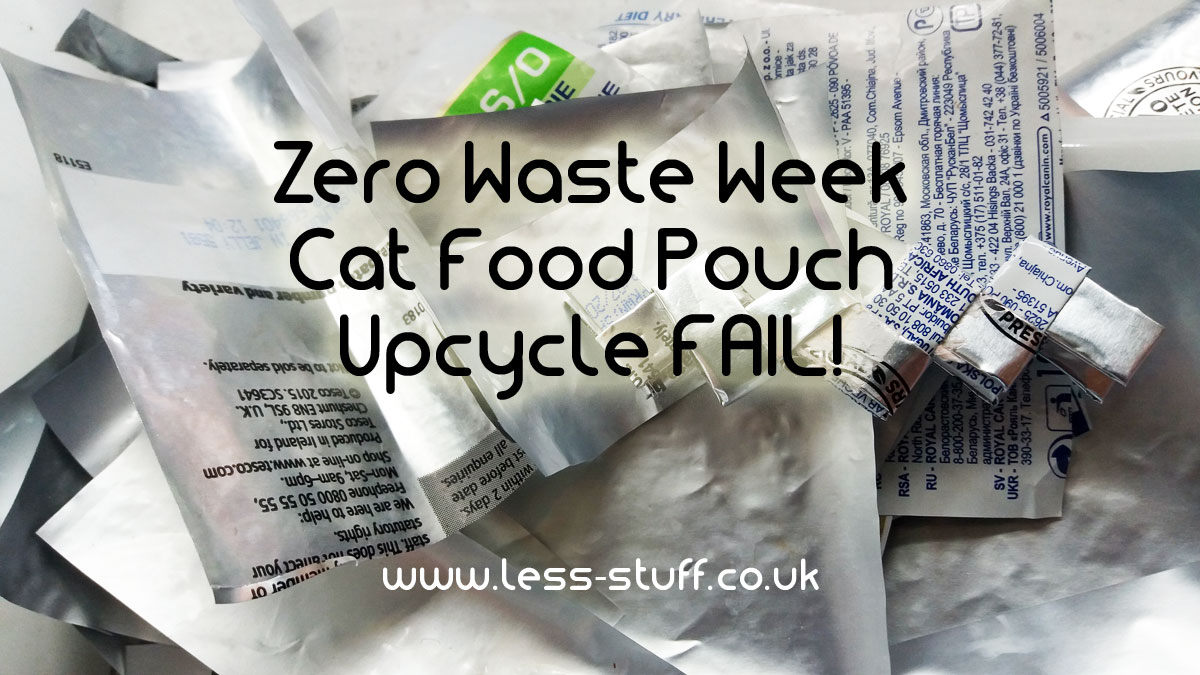 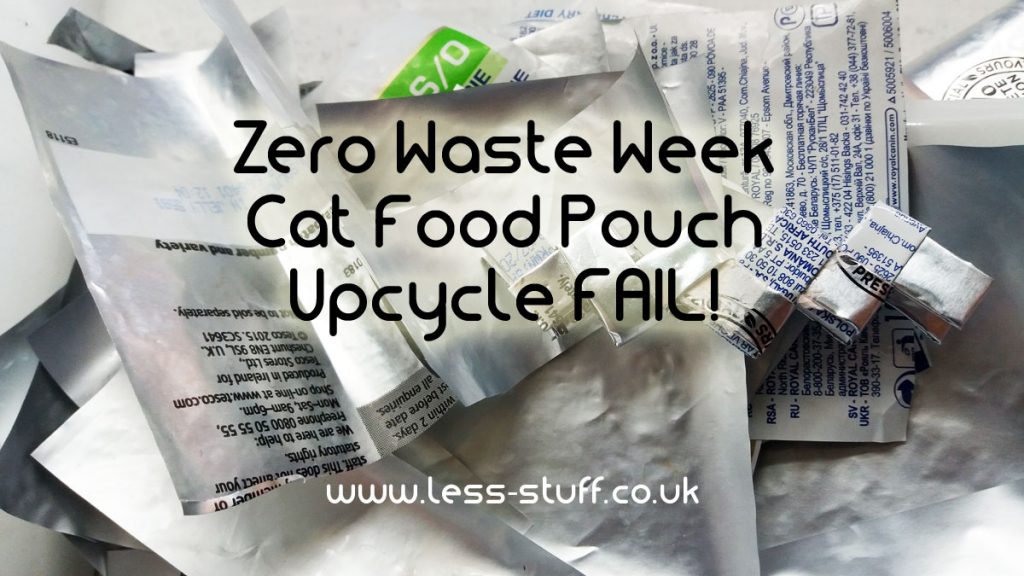 This attempt at upcycling has put me into a VILE mood.

I’ve got 2 cats. I was going to rescue just the one cat but when we went to pick him up we were told he hated children. So do I sometimes but I tend not to bite them or jump at their faces with my claws out. So, in an insane twist of logic I was persuaded to get 2 cats that were the same weight together as the one cat we were going to get. I’m a sucker for insane logic so for the last few years my home has been taken over by Bug and Scumspawn. 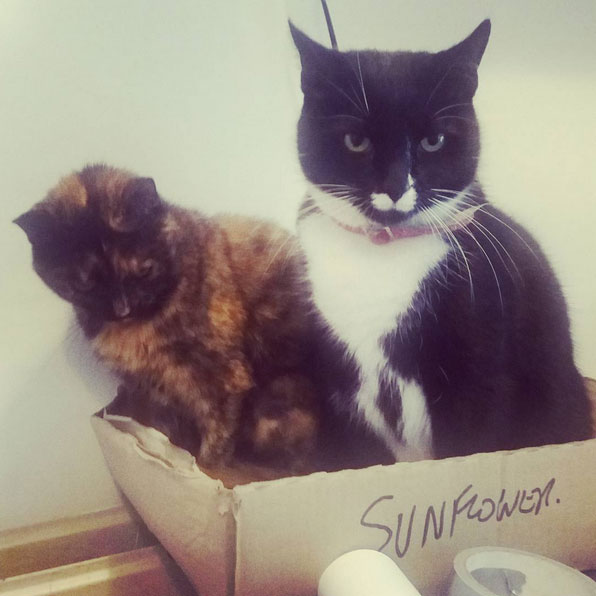 Bug is a tiny little psycopath that kills rats half her size and only eats the heads (so the relatives can’t recognise them). Scum is a big, fat, shedding doofus of a cat on a special diet because he cost me a fortune in vets fees.

Reducing the waste from owning cats

Use a litter solution that decomposes easily

As rescue cats, both of these are used to using litter trays lined with newspaper. It is really easy to clean up after them by folding the paper around whatever is in there, pouring wee down the loo then vinegar spraying and showering the trays clean. I’ve been told that you shouldn’t put cat poo down the loo but I’m waiting for Wessex Water to get back to me to confirm. Cat poo can contain parasites that are pretty nasty to humans so I haven’t attempted to compost the paper. It goes into a plastic bag and landfill instead.

I don’t do this because little cat would rip my face off and fat boy would get distressed. I use the very wastful little vials of poison that you drop onto the back of the cats neck. If any of you have more docile cats this link to home remedies for flea control looks useful.

Get cat food in tins instead of pouches

I try, when possible to get cat food in tins. This is easy for Bug but Scumpawns urinary cat food took some tracking down. Usually I can buy it in tins if I trawl around the internet. This time there was a supply problem so I needed to get pouches instead.

You may be lucky enough to have somewhere that recycles these little foil pouches near you. I don’t.

I’ve been saving pouches for a little while now, dilligently rinsing them and storing them to use for something. Today is the day.

First I tried weaving them. The best tutorial for using packaging to weave from I can find is here. The video tells you to cover the sweet wrappers in sellotape but there is no need for that with foil.

The dimensions of the strips are 1 x 2, so anything that is 1 unit wide by 2 long will work. You can weave like this with folded paper too.

Life is too short

Technically this is possible. Technically, if you have enough pouches you could end up with something. I like the weaving technique and I will try it again with something less unpleasant.

I was going to try sewing the pouches together but I cannot imagine anyone would want a wallet that smells a little bit of cat food. So, for the moment, until I have a nice cup of tea and a calming stroke of a cat I am giving up on this upcycle. I may return to it later, I may just bin it (shhh!)

‹ ›
Liked it? You can really help me out by sharing this post. This site is funded by 18 lovely Patreons who currently donate $33 a month .