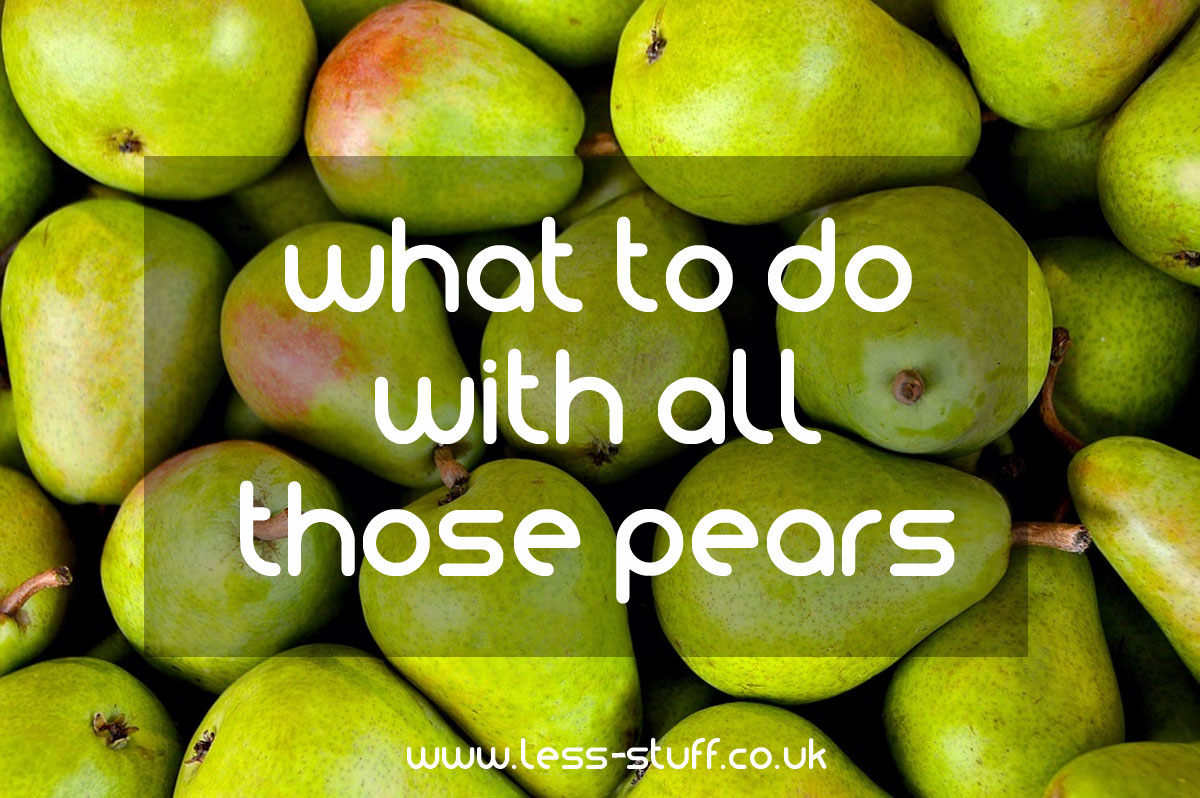 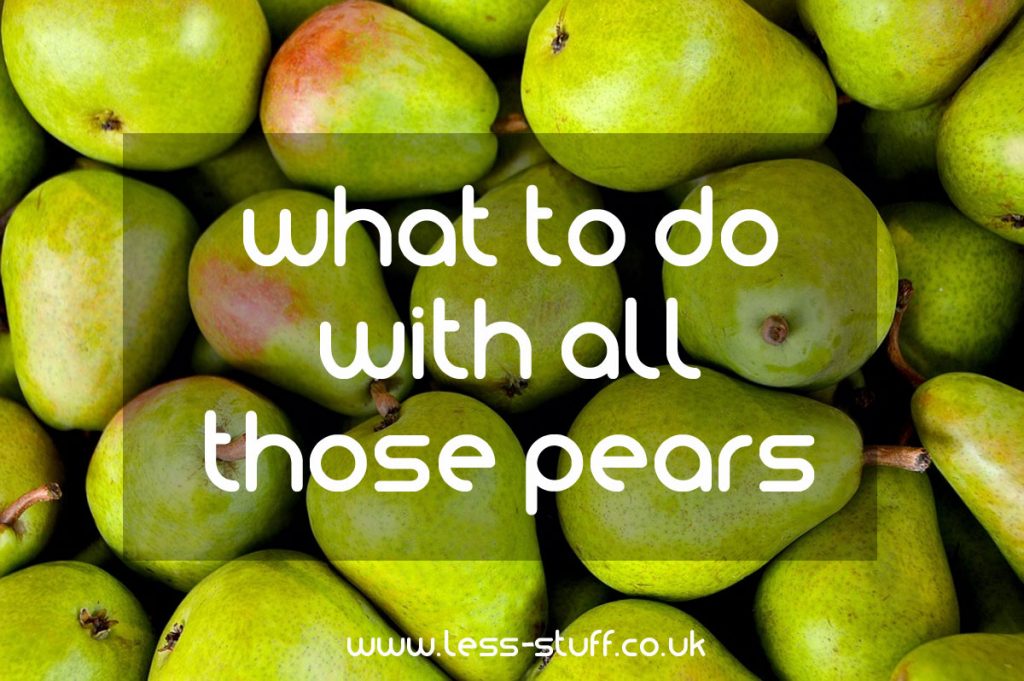 The fruit and veg market was selling large bags of pears for 50p so I am officially in a pear glut! They are still pretty firm, with some dodgy outer bits that can be cut off.

The less-stuff Facebook group came to the rescue with some great ideas. Thank you to Heather, Angela, Marion, Bróna, Anna and Jenny for all your ideas.

Peel pears and cut into quarters, sixths or eights. Put in oven proof bowl or slow cooker. Add cinnamon stick and vanilla pod, juice of half a lemon, cover with red wine and the same amount of water. Sweeten with honey to taste (I use about two tablespoons). Cool on low in slow cooker for approx 4 hours or in the oven at about 150 for around 2 hours.

Roll out some puff pastry. Cook off a few leeks in butter add a teaspoon of cinnamon to the leaks. Lay out leaks on puff pasty. Add slices of pear on top and then sprinkle some goats cheese on the top . Cook in the oven for a bit at mid temp. They are ready when the puff pastry is golden and the cheese has melted.

Pear and cinnamon, pear and apple, pear and pear….

Pears and apples roast well with any veg.

Caramelized pear cake –  normal sponge cake mix (weigh 3 eggs, mix up the same quantity of butter and sugar, add the eggs and the same quantity of self raising flour with a little milk) with some nutmeg and cinnamon over pears that had been cooked down in sugar, water and a bit of rum because I didn’t have any wine.