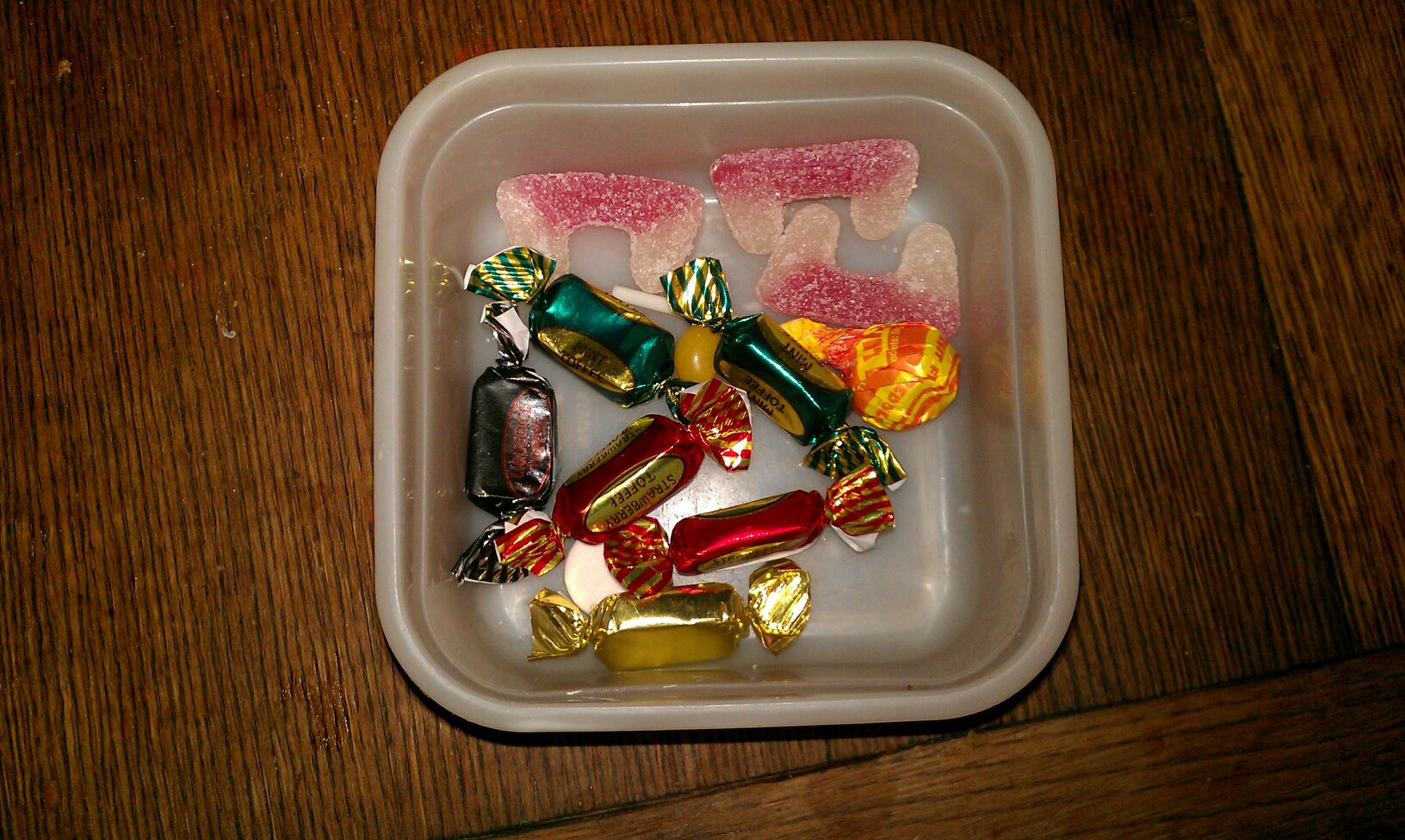 Lunch – out, T had chips, I had a sandwich

Dinner – vegi sausages (in ration, I was intending vegi burgers but these were easier)

mashed potato with some out of ration butter, sprouts and broccoli

The week is done

T had some black market pretzls, we used one extra egg and about a teaspoon of butter extra, but we did it!

This is what we have left 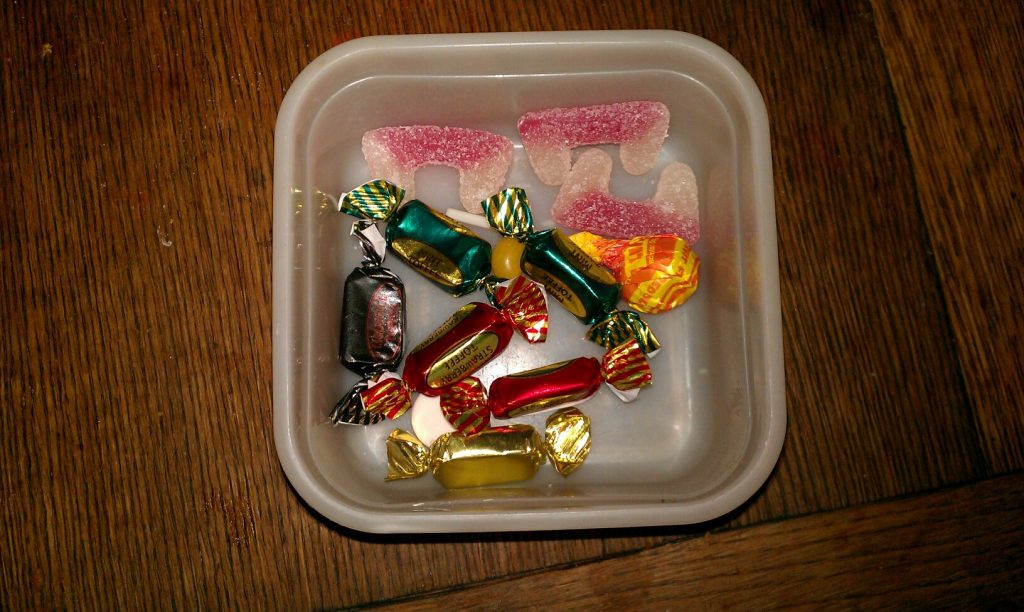 What is left of the sweet ration

This was probably more fun for me than for my 8 year old but it was good for both of us to do. The week after we were in awe of how much butter and cheese we would normally use, it seemed so extravagent to make a normal 21st century sandwich. I’d do it again. He won’t. I didn’t lose any weight in case you were wondering but I didn’t do it for that.

If you had access to lentils and fresh veg then living on rations would only be difficult because of the fat ration. I missed butter badly.

[pt_view id=”35d73e2oa5″]
Liked it? You can really help me out by sharing this post. This site is funded by 18 lovely Patreons who currently donate $33 a month .