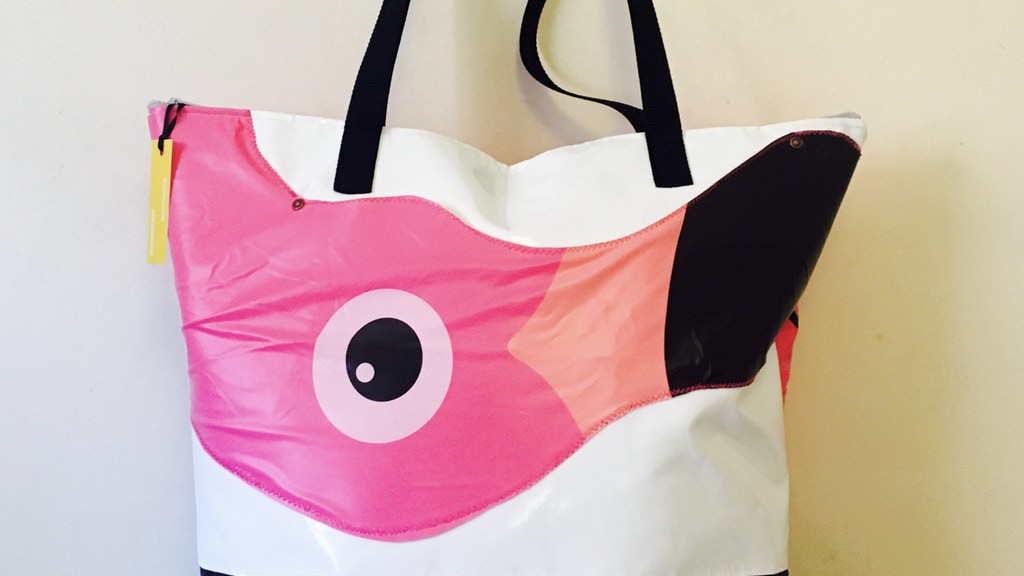 A new life for all those old inflatables

A while ago I wrote about how happy my little tote bag made me. It was originally a bouncy castle, and the enterprising Wyatt & Jack saved it from landfill and turned it into a very handy bag. I like to think it is infused with the happiness of all the kids who bounced on it. It is strong and weather resistant, big enough to hold a LP, or my Chromebook and a large notebook or two.

I’m in the Ikea LiveLAGOM Facebook group where we share ideas about recycling and living sustainably. A while ago Aileen posted:

“I have a very old 10ft paddling pool that is like a teabag it’s been lying in the shed for so long. What is the best way to dispose of this.” 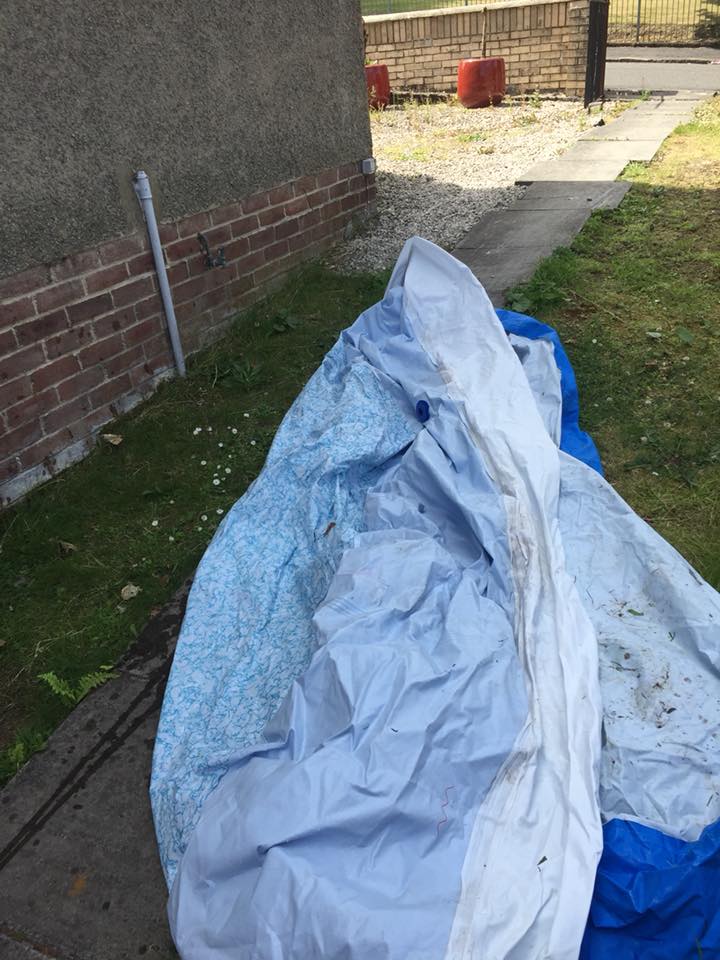 I mentioned my bag and a sudden whirlwind of activity happened. Aileen’s paddling pool was sent off to Wyatt & Jack on the Isle of Wight via Re:Craft Glasgow an an arts and crafts materials reuse and recycling shop run by another Lagommer!

Georgia from Wyatt & Jack had been meaning to do something with her old paddling pool for ages and their workshop has become a magnet for all sorts of discarded beach stuff like windbreaks and dinghies. The #inflatableamnesty was born, an open invitation to send old and useless inflatables was issued and since then and Wyatt & Jack have been inundated with old crocodiles, flamingos, paddling pools and lilos. This is what they are doing with them!

the very first few products from the #inflatableamnesty are now live on the site… we’ve let the shape of the inflatable and the areas its damaged, dictate the style of these, so each one is totally unique… theres a couple of zipped totes and pouches on there, for all of you who voted… we hope you like em! (the bumbags quite hard to part with, so we’re hoping it goes to someone who will REALLY love it!) ☝️link in bio have a cracking evening 💫

flamingo’s back! this time, his face doubles as a pocket too, cos you all said it should have one 🙌 >> swipe to see it in all its pocket useful- ness! there are TWO… now LIVE ☝️ #inflatableamnesty

This could go global!

If one little company in a small workshop on a tiny island can do this much to prevent landfill, imagine what would happen if the project had some money behind it to expand. Wyatt & Jack are keen to make this bigger so they have set up a Kickstarter.

A lot of Kickstarters offer incentives and the ones from Wyatt & Jack are ace and start from a fiver! The mini card pouches would make nice little presents but you can get bigger rewards, right the way through to a weekends bag making workshop and overnight stay on the Island!

I don’t think I’ve ever promoted a fundraising project on less-stuff before but I would love this to work. So please consider dropping them a quid or two.

You can see what else Wyatt & Jack have been making here https://wyattandjack.com

and in case it doesn’t embed, the link to the Kickstarter is here:

Want to talk about it?

I'm Lisa Cole. I'm a designer and writer who lives in Bristol. Less-stuff is about my journey to live a more organised life. I document little things I can change to live more sustainably. I'm not a minimalist!

If you found this post interesting and want to discuss it you can find me in the less-stuff Facebook group or you can Tweet me here.

It is yours for free as a thank you for joining the less-stuff tribe.